The meeting at Staples Center Los Angeles will be played between The Kings and The Flames. These two teams have totally different goals for the remainder of the season. Los Angeles Kings are currently dead last in the Western Conference with 43 points, which is also second-worst record in the whole league only Detroit Red Wings doing worse with 32 points. Overall Kings have a record of 19-33-5 in 57 games.

Calgary Flames, on the other hand, is currently in 6th place in the Western Conference and fighting for the playoff spot. With the record of 29-22-6 in 57 games, The Flames have 64 points and are only 4 points away from dropping in 10th place. They also are only 3 points away from going up in 4th place.

In the last 10 games, The Los Angeles Kings have the worst record in the whole league, getting only 3 points out of possible 20. The Kings have lost 5 in a row now and have a total record of 1-8-1 in the last 10. During these 10 games, Kings have scored 19 goals, while giving away 37 goals, which is also worst in the league. Calgary has not had much better form lately, but they are 4-5-1 in their last 10 and have now won two games in a row. The Flames have scored 30 goals in 10 games while allowing 34.

Anze Kopitar leads the Kings in points. The 32-year-old Slovenian has 47 points (17+30) in 57 games. Their second-best in points is Alex Iafallo with 32 points (15+17) in 57 games. Blake Lizotte, Jeff Carter, and Tyler Toffoli have scored most points during past 5 games for Kings as each one of them had 2 points.

Los Angeles Kings is a total mess right now, meanwhile, Calgary is starting to get their act together. The Kings are so far behind in standings that they have basically lost their hope for the playoff spot. The Flames are still fighting for their playoff spot and are actually only 9 points away from the Conference leader St.Louis Blues when 25 games are still left to play.

Los Angeles Kings have no injuries at the moment. Calgary Flames is missing defensemen Juuso Välimäki, Mark Giordano and forward Sam Bennett. Defenseman Travis Hamonic might also be out of this match.

With the horrible record, the Kings are having and looking at the fact how Flames are heating up, I do not see Kings winning. Calgary is getting really good odds in this game, probably cause of the injuries and them being the away team. Even with the injuries, I believe Flames have no problem beating the Kings.  Flames might lack defense due to injuries but their attacking power is on a totally different level compared to the Kings. I am picking the Flames in this one. 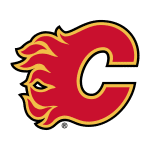 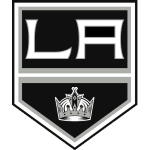