Europa League has reached the quarterfinal stage as 8 teams are still fighting for the trophy. The first two matches kick off on Monday and people are treated by a high-quality game right from the start. Italian side Inter Milan will host German side Bayer Leverkusen at Düsseldorf. 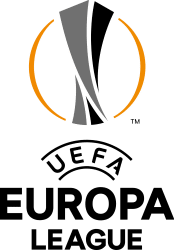 Both teams have already wrapped up their season in domestic leagues. Neither team finished first in their league so this competition is last chance to earn trophies before the season ends.

Inter Milan finished 2nd in Serie A, one point behind title winner Juventus. Inter was the second-best-attacking side in Serie A by scoring 81 goals in 38 games. That’s 2,1 goals per game on average. Only 3rd place Atalanta scored more goals and almost broke 100 goals mark with 98 goals. Inter was also the best defending side, by allowing only 36 goals in 38 games, little under one goal per game on average. Inter finished the season with a record of 24 wins, 10 draws, and 4 losses.

Romelu Lukaku was Inter Milan’s top scorer this season with 23 goals. 27-year-old Belgian played his first season in Milan after two not so impressive seasons at Manchester United.

Kai Havertz was Leverkusen’s best scorer with 12 goals. 21-year-old German has been linked to English Premier League after having a strong season in Bundesliga.

Inter qualified to Europa League after finishing third in their Champions League group. Inter first beat Ludogorets 1-4 on aggregate (0-2, 1-2). Next round Inter beat Spanish side Getafe 2-0 in a one-game playoff. Romelu Lukaku scored 3 and Christian Eriksen 2 out of the 6 goals.

Both teams have played within a week as both clubs had to play their playoff game. Serie A ended on the 1st of August, while Bundesliga ended on the 27th of June. After that, Leverkusen has played the German Cup final on the 4th of July. This means Inter Milan has a huge advantage when it comes to playing competitive games within the last month. Inter has had competitive games on a regular basis, while Leverkusen has not been playing in a month, except for the game against much weaker side Rangers less than a week ago.

In my opinion, Inter has better material than Leverkusen. Inter has two world-class strikers in Lukaku and Lautaro Martinez who can score goals. Inter has a great defense too. Stefan de Vrij and Diego Godin at center back position and Samir Handanovic in goal Inter have one of the best defensive trios in Europe.  With players like Skriniar, Sanchez, and Eriksen on the bench, Inter also has quality depth for vital positions.

Leverkusen has one of the best young midfielders in the world in Havertz but is more or less average elsewhere. Against Rangers, the squad was enough, but Inter is one of the best teams in Europe right now and Italians are in great form. Inter has gone 9 games unbeaten. Inter Milan will be playing without midfielder Vecino (knee). Leverkusen is missing midfielders Amiri (quarantine), Aranguiz (suspension), and Paulinho (knee).

With more recently played games, routine and better material, Inter Milan is a favorite in this match and I’m picking them to win this match. 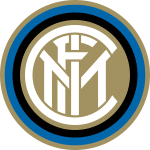