Finnish Veikkausliiga continues this weekend and teams have played either 8 or 9 games so far. Some matches are played on Friday and Saturday, but this preview will be about a game played on Sunday, as IFK Mariehamn and TPS take on each other.

Newly promoted TPS has had a horrendous season so far. TPS has 1 win in 8 games while suffering 7 losses in other games. Only win they got keeps them away from the last place. Only RoPS is behind them with no wins, only two draws. TPS has scored 5 goals in 8 games, less than any other team in the league. TPS has also allowed the most goals in the league (16). TPS scores 0,6 goals per game on average while giving away 2 per game. Muhamed Olawale has scored the most for TPS, a 21-year-old player from Ivory Coast has 2 goals so far.

TPS has one win and 4 losses in the last 5 games. They have scored 4 goals in those games while allowing 11. TPS’s only win so far came against RoPS who are currently bottom of the table. TPS hasn’t scored in two games.

IFK is a better team and they have things working in the attack a couple of latest games also show some improvement in the defensive end too. TPS who can’t score or defend right now could be in trouble against the hosts, who have gotten their self-confidence up by winning their last two games. With a red hot striker upfront, I think IFK Mariehamn will win this game. 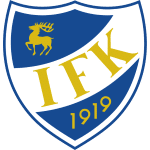 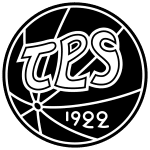