This is the second meeting between these two teams in Champions League Qualifiers. The first match in Belgrade ended 2-0 in Serbian’s favor. Richmond Boakye opened the scoring on 27th minute and Milan Pavkov scored late to make it 2-0 in 90th minute. HJK got ran over by their Serbian hosts as Red Star won ball possession 53% to 47% and had 17 scoring chances against HJK’s one. 7 of the shots were on the target, while 5 got blocked and another five went off target. After winning the first match in Belgrade, Red Star has a huge advantage going into the second game in Helsinki. HJK needs to win 2-0, or if Red Star scored, they have to win by 3 goals or more due to away goals rule.

Conclusion – What to bet on HJK v Red Star Belgrade

As told earlier Red Star has a huge advantage today as they are leading the match up 2-0 after the first game. HJK needs to win 2-0. If they don’t keep the clean sheet and Red Star scores, they have to win by three goals or more. This means HJK has to attack with a bit of a risk and it will open chances for Red Star as well. Red Star surely wants to score an away goal to secure their spot in the next round. Red Star has scored at least 2 goals in their past 4 games and situation being what it is, I see Red Star will score twice once again. 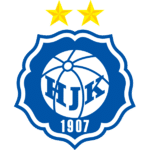