Veikkaus Oy criticized over the history of no-bid IGT agreements

Gaming operator Veikkaus Oy has reportedly been told that it violated local procurement rules by continually lengthening and altering a long-running supply deal it had with International Game Technology (better known as IGT).

According to reports, the state-run firm agreed its original five-year central gaming systems supply alliance with GTech in 2004 before this latter organization was acquired by London-headquartered IGT some ten years later.
The source detailed that the pair subsequently extended and changed this original arrangement several times on a no-bid basis.
Before finally inking a brand new and wide-ranging alliance in September of 2018. 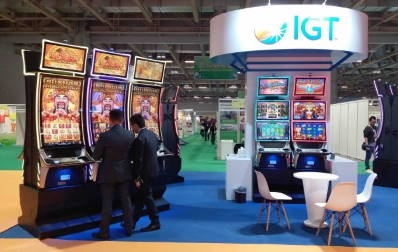 The news domain reported that this ensuing agreement prompted the Finnish Competition and Consumer Authority to launch an official inquiry in January that examined the relationship between Veikkaus Oy and IGT.
The regulator has now purportedly ruled that the operator violated Procurement Act guidelines that should have seen it put every new element of these various alliances out for public tender after notifying the relevant government authority.

Defending its case, Veikkaus Oy reportedly told the regulator that it was not a contracting entity prior to the merger of its lottery, sports betting, and slot businesses in January of 2017 while the suspect alterations had not exceeded 50% of the aggregated value of the original 2004 arrangement.
The operator moreover purportedly contended that such changes had been necessary to make it less reliant on a single supplier for its business’ peripheral elements. And would allow it to more easily launch a new tender for its core lottery system by 2024.

However, Elisa Aalto from the Finnish Competition and Consumer Authority reportedly pronounced that Veikkaus Oy is to escape any financial penalties because its misdemeanors occurred more than six months before her organization launched its official investigation.

“Veikkaus Oy’s goal of reducing supplier dependence and bidding for non-core services in itself should be supported but the implementation method it chose has not complied with the Procurement Act.”