Renowned iGaming review site, Bigwinboard, has just announced its community-voted award winners of 2020. We’re thrilled to have won Provider of the Year, and have our record-breaking hit Money Train 2 crowned Game of the Year!

The accolades follow an unbroken 9-week-spree that saw Money Train 2 making it to the Top 3 Most Read Reviews of the site, a clear indication of the game’s popularity amongst Bigwinboard’s community of players. Being a game built and heavily based on player feedback around Money Train, it’s wonderful to see that dedicating ourselves to listening and implementing feedback works! Making entertaining content is at the core of our business and it brings us nothing but pride and gratitude to see all our team’s hard work recognised in this way.

Bigwinboard said: ‘Money Train was ripe for a sequel, but what Relax followed with no one could have seen coming. From increased RTP, a new feature in the base game, to delving deeper into the theme, Relax expanded on every single aspect of the original with a surgeon’s precision.

Without a doubt, the killer blow is its insane bonus game where hitting a proven 50,000x max win becomes a possibility in a blaze of Gatling-gun smoke. Money Train 2 is a masterclass in designing the perfect follow up slot and sets a benchmark which all future sequels will be judged by.’

Joining awards from Gaming Intelligence, EGR, SBC, Casino Grounds and Videoslots acquired this year, all we can say is thank you for the support! This accolade is a celebrated ending to a fantastic 10th year of operation. 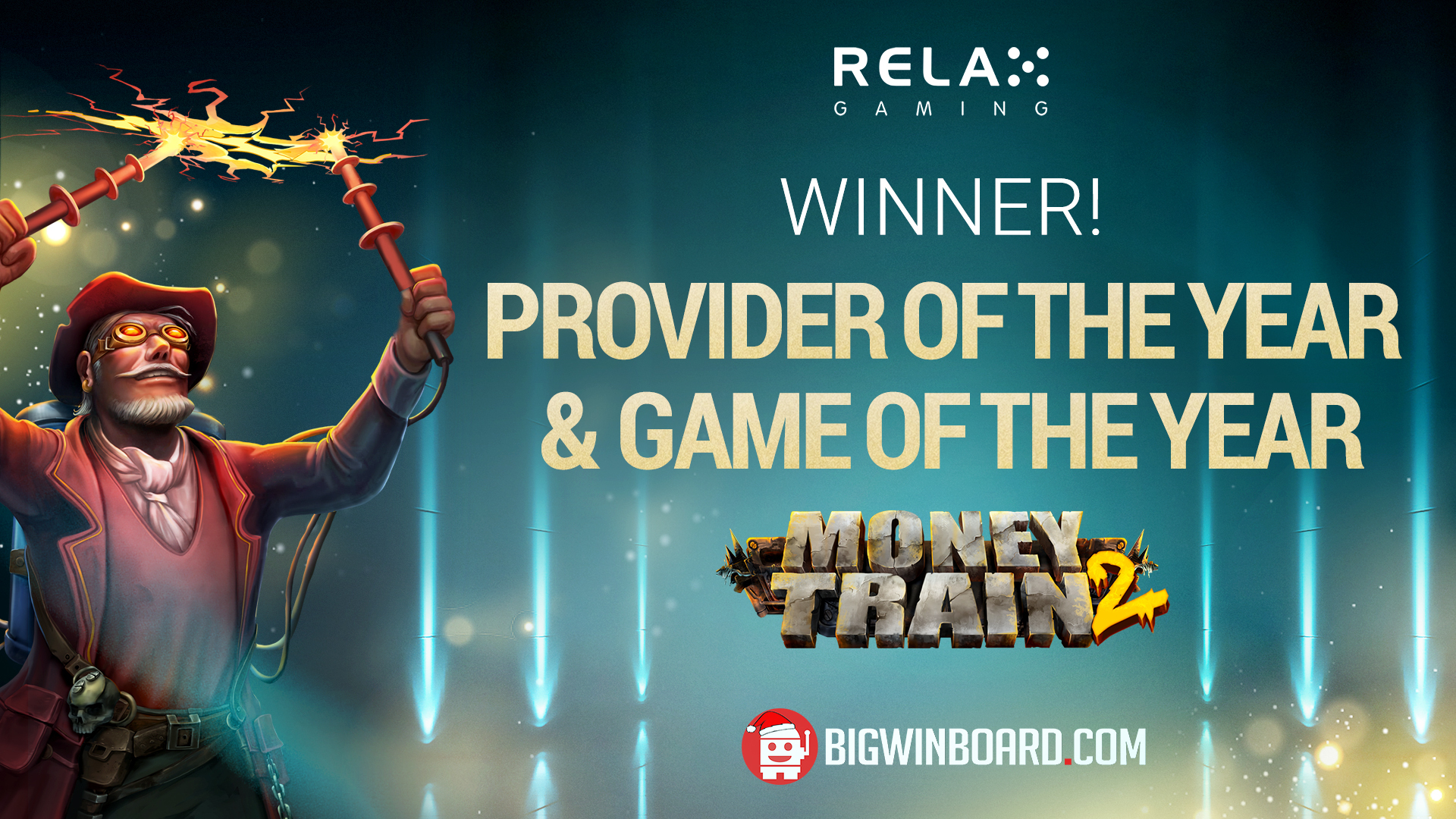