How modern skilled-based video slots in casinos are inspired by esports?

How modern skilled-based video slots in casinos are inspired by esports?

The advancement in technology has allowed gaming enthusiasts to play online games from the convenience of their own couch and earn big incentives. With the change in gaming technology, online-casinos have also revamped themselves and started exploring new innovations to bring for the clients.

What are skill-based video slots?

Skill-based video slots are gambling machines where winning largely depends on the player’s skill to play the game. Instead of chance, the outcome of the game relies on the player’s ability.

Skill-based video slots allow game operators, developers, and suppliers to make variable payback which is based on a wide variety of identifiers. Players who are better are rewarded with higher payback. This is something that differentiates skill-based video slots from the traditional video slot games that are seen in the casinos and are missing the skills-based gaming. 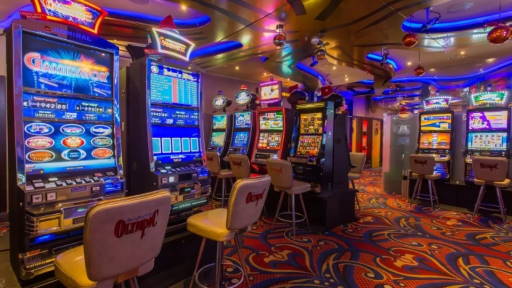 Land-Based Casinos are Also in the development

In the case of traditional casinos, you choose your bet amount and then communicate the machine when should it spin.
Everything largely depends on your luck, whether its good or bad.
But things aren’t alike in the case of skill-based video slots.
There is an opportunity for you to boost your winnings. It is known to the players that they will see a material effect on the game’s outcome and even they can gauge how much money they are likely to win through the material effect. How well the players play the game affects the payback percentage.

How new skill-based video slots in casinos have taken inspiration from eSports?

Technology has been the key driver of introducing newer pastimes and one such revolution in the gaming world is eSports. With the introduction of eSports, an era of new skill-based video games started. Among sportsbook companies, eSports is very popular as there are chances of high profitability at a very low investment cost.

Likewise, among Millennials too, eSport games have gained high popularity as these modern-day game lovers want to earn their luck with skills, and the lack of sports during COVID times really showed that eSport can pick up and serve the customers. These gaming enthusiasts prefer getting rewarded on the basis of their skill rather than on their luck.

Casino operators have taken inspiration from such eSporting operators and have upgraded their gaming options to more like eSports games in the form of skill-based video slots. The idea behind bringing skill-based video slot games in casinos is to drive more customers so that the casinos are able to expand their businesses, help players to keep losses at bay, and make decent profits. Added to this, taking inspiration from eSports, has enabled the casinos to keep the players engaged for longer at the games.