Evolution’s version of the dice game is graphically set in an underground, speakeasy-style studio, but while the feel is old-school, everything else is 21st century, according to a news release. Technologically, Evolution was able to include features not available in bricks-and-mortar environments to make the game easier to understand both for new players and for those with some experience.

CHECK OUT: Explaining the Craps table for beginners

Craps is often perceived to be the most complicated of casino games for many gamblers and for that reason, many shy away. Some of Evolution’s enhancements that address the issue were explained by Todd Haushalter, chief product officer at Evolution, said in the news release.

“We understand that not everyone knows how to play Craps. That’s why the game has both an ‘Easy Mode’ and a simple online interactive tutorial that clearly explains how to play and enjoy the game,” Haushalter said in the news release. “Craps has been our most requested new game by both players and operators for years — now it’s finally here. I think players are going to love it.”

Evolution Gaming, based in Sweden, develops and produces business-to-business Live Casino solutions to gaming operators. Evolution is listed on Nasdaq Stockholm with the ticker EVO.

Online casino gaming is legal in New Jersey, Pennsylvania, Delaware and West Virginia. Michigan has legalized online casinos with a target launch date of later this year or early next year.

“Craps completes the Evolution portfolio in terms of offering every game you can find in a land-based casino,” Haushalter said in the release. “Developing the game and capturing the unique excitement of the Craps table, but in an online setting, was a complex project.”

Evolution is also adding to its list of First Person games by launching a RNG variant of Craps. Like all of Evolution’s First Person games, it includes the “go live” button, which transports players through an in-game portal to the live version of the game, the release said. 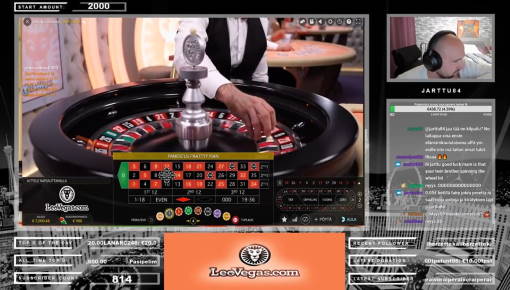 Evolution Expanding its US Reach

On Tuesday, Evolution announced the launch of Live Casino games online for Caesars Casino & Sportsbook Pennsylvania in partnership with Caesars Entertainment. The games will first be available to Caesars’ customers in Pennsylvania, with New Jersey to follow.

BetMGM on Monday announced the launch of a new Live Casino offering in New Jersey in partnership with Evolution.

Last week, FanDuel and Evolution announced a deal that will allow FanDuel to expand its Live Casino offering in the U.S. market. Evolution Live Casino games will be added to FanDuel’s existing casino offerings, initially from Evolution’s studio in Philadelphia.

On Oct. 21, Rush Street, operator of BetRivers and PlaySugarHouse.com, announced it will launch a Live Dealer Casino in Pennsylvania powered by Evolution.

Evolution’s deal with William Hill will allow for Live Casino content across the U.S. market.

The Wager is 20x the Bonus Amount.
Bonus is released after wagering!
Wagering needs to be done in 2days!

When you deposit 100€ you will get the 500€ bonus added to your account after you have wagered 20 x the 500€ so in this case 10000€
You can make multiple deposits to wager the initial bonus
that you got from the first deposit!
After the bonus is released that will be added to your cash balance
without wagering requirements!

NeonVegas has thousands of casino games from around 50 casino game providers including Novomatics and a Live Casino!