NHL restarted a few days ago with playoff rounds and placement matches. First playoff rounds are two games in so far and are best of 5 format. The series between New York Rangers and Carolina Hurricanes is currently 0-2 in Hurricanes’ favor.

New York Rangers finished 11th in their conference before coronavirus outbreak postponed the season. The Rags played 70 games with a record of 37 wins 28 losses, 5 draws, and a total of 79 points. Artemi Panarin was the best point scorer on the Rangers team with 32 goals and 63 assists, Mika Zibanejad was second to best with 41 goals and 34 assists. The Rangers went 5-4-1 in their last 10 games before the break.

Carolina Hurricanes got 6th place in their conference. The Canes played 68 games and tallied a record of 35 wins, 25 losses, and 5 draws. Carolina got a total of 81 points in the regular season. Sebastian Aho was Carolina’s best point scorer with 66 (38+28) points. Andrei Svechnikov placed 2nd with 61 (24+37) points. Carolina went 5-4-1 in their last 10 games before the break, same as the Rangers.

Both teams played one exhibition game before starting up the playoff series. Rangers faced their rivals New York Islanders and lost the game 1-2. After that Rangers have lost both of the first two games against Hurricanes in the playoff series. The first game ended 3-2 in Carolina’s favor. The second meeting ended in a more clear victory for the Hurricanes as they won the game 4-1. Mika Zibanejad and Artemi Panarin were in the best form for the Rangers. Both players got 2 points in 3 games.

Carolina played Washington Capitals before entering the playoffs. The game ended in Capitals victory 3-2. Sebastian Aho has been in red hot form. He has six (1+5) points in 3 games. Andrei Svechnikov had 4 points (3+1) in 3 games. Sami Vatanen has 3 points in three games (0+3).

As told, both teams had the same form before the break, but Carolina has taken the driver’s seat in the series. The Hurricanes have been in control of the game in both matches. Carolina is shooting more, taking fewer penalties and they have managed to score on power play also. Carolina also wins more faceoffs and gives away the puck less.

Both teams have a good situation when it comes to injuries. Rangers are missing forwards Jesper Fast (12+17 points) and Micheal Haley (1+0 points). Goalie Ilya Shestyorkin is likely to be out too. Carolina will be playing without defensemen Brett Pesce (4+14 points) and Dougie Hamilton (14+26 points).

When it comes to material, both teams have really good top lines, but in my opinion, Carolina has more quality and depth in their roster. The Rangers have the pressure as they have to win Carolina three times in the row to go through to the next round. Carolina has the confidence boost after winning the first two matches, especially after winning the second game with a clear margin.

With their top line in the form and rolling with overall better material, I’m picking Carolina to win and to take series sweep against the Rangers. 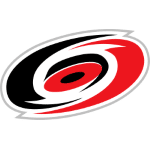 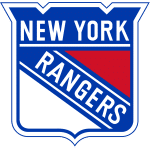