We already knew this was the case when the World Series of Poker Online ended in early September, but last week, Guinness World Records made it official, awarding the 2020 WSOP Online Main Event the record for “Largest Prize Pool for an Online Poker Tournament.”

Helping boost the Main Event’s numbers were 23 starting days and a maximum of three entries. Thanks to the internet, a structure like this was easy to pull off.

GGPoker announced the achievement last Wednesday, but it was a little more fun when Michael Empric, the Official Adjudicator for Guinness, did the honors personally:

Steve Preiss, Head of Poker Operations at GGPoker, said that his poker room had the world record in its sights from the jump.

“Players and fans of poker expect nothing less than record-breaking prizes when it comes to the World Series of Poker, and GGPoker delivered,” he said.

The Main Event prize pool was not the only poker record that was broken by the 2020 WSOP Online, though it was the only one officially recognized by Guinness. As one might suspect, the first prize of $3,904,685, won by Stoyan Madanzhiev, was the largest online poker prize ever handed out.

Though the Main Event set an online poker record, it still pales in comparison to the top live World Series of Poker Main Events. The record for any poker tournament, live or online, goes to the 2006 World Series of Poker Main Event, won by Jamie Gold. Taking place just before the UIGEA dealt a blow to online poker in the United States, the tournament had a whopping $82,512,162 prize pool.

The top five prize pools and 15 of the top 17 are all from WSOP Main Events. The 2020 WSOP Online Main event comes in at 20th on the all-time list when combining live and online tournaments. 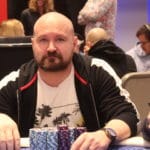 Record created by the pandemic

The original, live 2020 World Series of Poker had a 101-event schedule, 87 live at the Rio in Las Vegas and 14 online. Organizers held out as long as possible, but were eventually forced to cancel the traditional Series because of the COVID-19 pandemic. WSOP Circuit events were moved online and while there has been no official announcement, it appears that the WSOP Europe has likely been nixed.

The 2020 WSOP Online was divided into two portions. The first stretch was held on WSOP.com in July, one event per day. Because of the host site, it was only open to poker players located in Nevada or New Jersey. The second part, the segment largely considered to be “the” WSOP Online, was on GGPoker through early September, consisting of 54 more events.

In contrast to the WSOP.com portion of the WSOP Online, GGPoker accepts players from around the world, but does not allow players from the US.

Join the live action at the Twitch stream!

Jarttu will be streaming poker play during WSOP Main Event in November / December.

All new OlyBet poker players via Jarttu are eligible to claim the generous 2000$ Welcome Bonus, earn even more rewards with the Honeymoon for Newcomers promotion and automatically join GGPoker networks’s Fish Buffet loyalty program, with regular cash prizes on offer.

Now there is more reason than ever for all poker enthusiasts to join
the new OlyBet Poker in GG Poker Network!
All new players are awarded with 2000$ Bonus!
Bonus payments will be made automatically as you play our favorite real money games.
You can activate the bonus by choosing “My Bonus” followed by “Welcome Bonus”
in the poker client and pressing “Opt-in”.

You can release the bonus in 90 days with $5 increments
for every $25 you rake in cash games and tournaments.
You can keep track of your bonus status at any time by clicking
“My Bonus” in the poker client followed by “Welcome Bonus”.

You Also Get a Exclusive Casino Bonus Deal:

Exclusive Bonus Only For Jarttu84 Players!!

The wager is 35x Deposit + Bonus amount.
Maxbet while wagering 4€